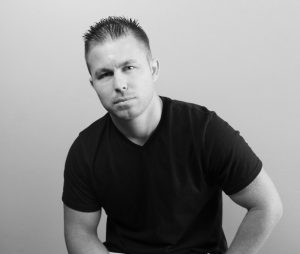 Generation Oxy is a monument to collective irresponsibility.
At several points in the story you will find yourself asking, “How did that happen?”
Of course, at the center of it all was Doug Dodd. It goes without saying that he made some terrible choices. We’d all agree that illegally obtaining thousands of OxyContin pills is reckless and irresponsible. Forming an interstate network of dealers to sell those pills isn’t the wisest move. And, in retrospect, Dodd probably should’ve partnered with somebody, anybody, other than Lance Barabas, a self-destructive, wild man who seems genetically constructed to defy authority in all its forms. But Doug Dodd’s story is not possibly without the moral and ethical failings of society’s most important institutions.
First, the state of Florida, which from everything I can see, is a lawless swampland. The negligence of state politicians and regulators is astonishing. They enabled, and continue to profit from, the OxyContin epidemic. There’s FedEx, a company that, according to a 2010 US Justice Department report, “knowingly delivered drugs to dealers and addicts.” FedEx was indicted again in 2014 for distributing controlled drugs online. No arrests were made.
There’s the medical malpractice of doctors who knowingly overprescribed OxyContin and the pharmacists who knowingly filled addicts’ prescriptions in the name of greed. Pharmacy giant CVS was indicted in 2010. No arrests were made. Then, sitting atop of the irresponsibility pyramid, the Sackler family, the owners and operators of Purdue Pharma, the creator of OxyContin. In 2012, the US Justice Department found Purdue Pharma contributed to thousands of deaths by intentionally “misleading the public about OxyContin’s risk of addiction.” Of course, no arrests were made.
In fact, in 2015, the Sackler family, founders and owners of Purdue Pharma, were named to Forbes magazine’s “America’s Richest Families” with a net worth of $14 billion dollars. So when you find yourself asking, “How did that happen?” . . .
That’s how it happened.
—Mark Mallouk July 2017